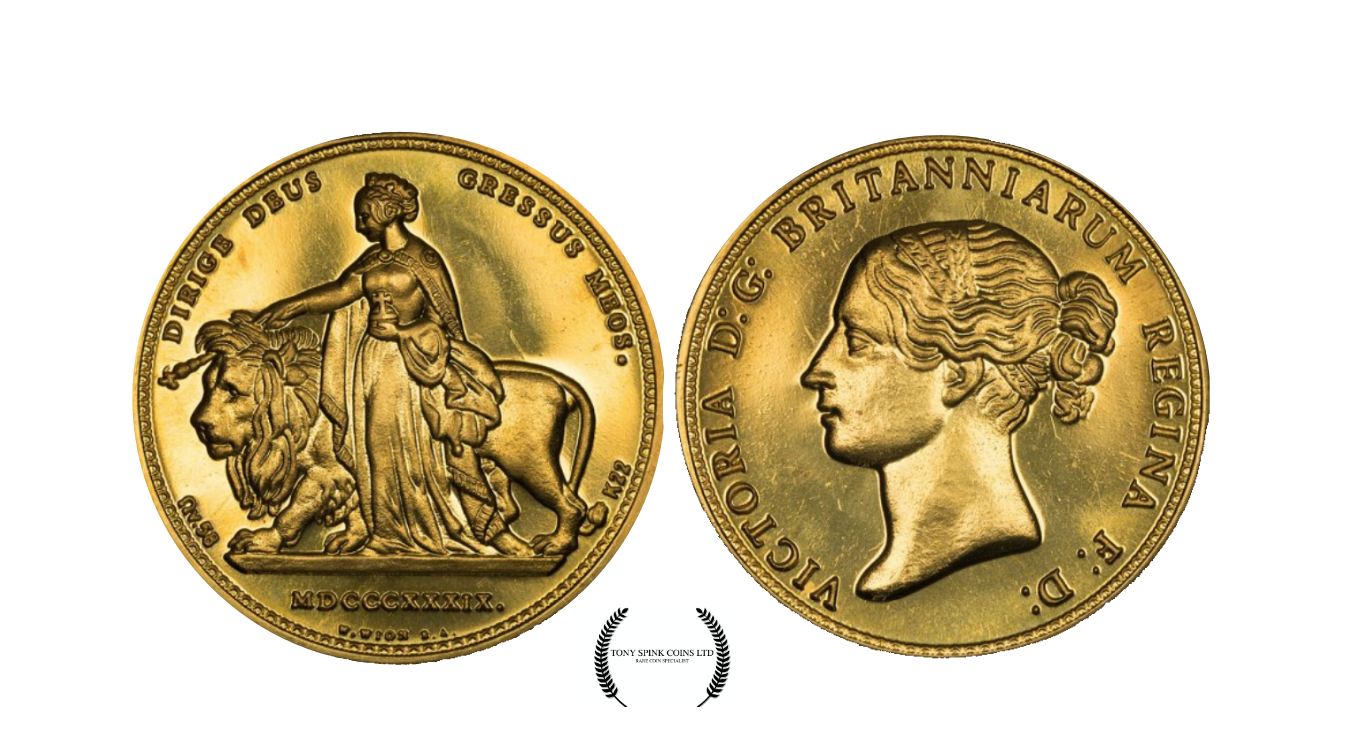 This very low mintage example has been struck in 22 carat gold to celebrate the 200th anniversary of the birth of one of Britain's greatest monarchs- Queen Victoria.

Struck in 22 carat (.900 fineness) gold the coin features a depiction of Queen Victoria as the princess Una, with the British Lion, an adaption from Edmund Spenser's epic 16th century poem "The Faarie Queene" This design appeared on the first commemorative Five Pound gold coin of her reign in 1839.

Save this product for later
Display prices in: GBP